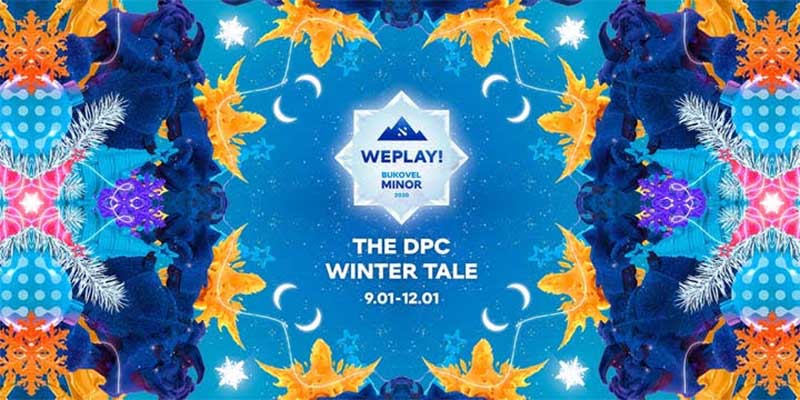 The new year of 2020 has just begun and not ten days into it, we are already facing one of the bigger Dota 2 tournaments. We are of course talking about the WePlay! Bukovel Minor 2020 tournament which is the second Minor of the season and the first Dota 2 Pro Circuit event by WePlay. The event will, of course, be sponsored by WePlay and Valve and numerous prizes await those who come out at the top.

Bukovel Minor – When Does It Begin

The rules of the Dota 2 WePlay! Bukovel Minor 2020 will be the usual tournament rules and regulations. The matches will be held in LAN games with each team having five players. The teams are separated into two groups with 4 teams each and the winners of each group will be advancing to the Playoffs.

A total of eight teams will be participating in the Dota 2 WePlay! Bukovel Minor 2020. Among them are Gambit Esports, Team Spirit, Ninjas in Pyjamas, Royal Never Give Up, Geek Fam, Nigma, FURIA Esports, and Fighting Pandas. All of the mentioned teams will be split between groups A and B.

Group A will start with Ninjas in Pyjamas facing against Geek Fam while in the second Group A match, Team Spirit will be butting heads with the Royal Never Give Up team. The winners of both matches will face each other a day later while those who lose will be doing the same.

Group A tips and betting predictions: Group A looks significantly weaker than Group B, but we think there is still some good betting opportunities to be found. Royal Never Give Up is paying 2.10 to win the Group, but it’s the slightly longer Ninjas in Pajamas that we are predicting can win this group.

Group B matches will feature Fighting Pandas going up against team Nigma as well as Gambit Esports duking it out with FURIA Esports. The winners of both matches will be facing each other a day later while those who lose the first match will face against each other in the same manner as in Group A.

Dota 2 WePlay! Bukovel Minor 2020 this year has a total prize pool of $300 000 and 660 DPC points which will be split between the eight participating teams. First-place winners will be given a prize of $72000, 140 DPC Points and an invite to the Majors. The team that comes in second will receive $60000 and 120 DCP Points while the team that comes in third will receive $54000 and 110 DCP Points. Other teams will be compensated as the following table dictates.

Where to bet on the Dota 2 Bukovel Minor