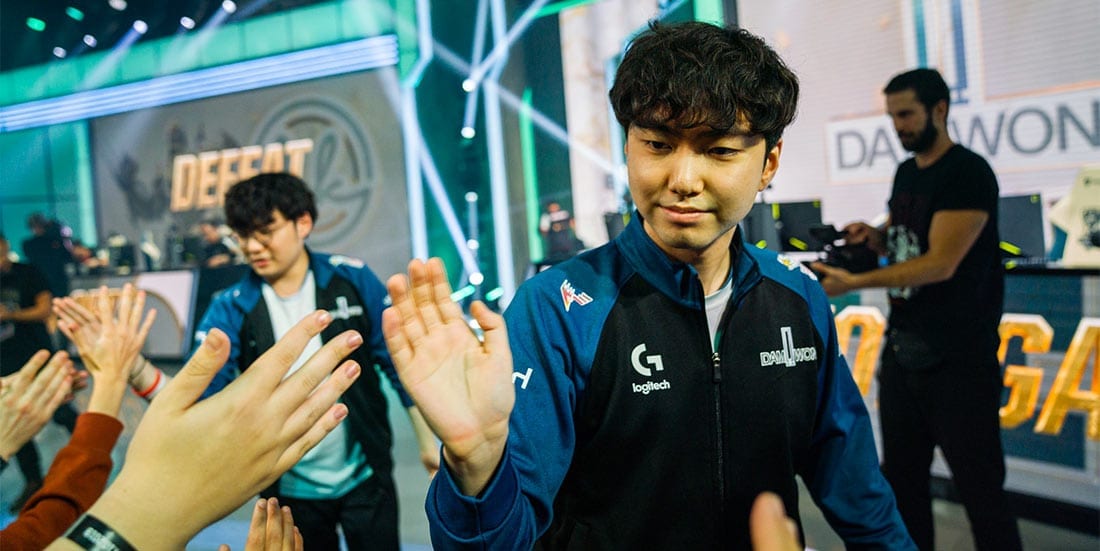 The sun has set on the first day of the League of Legends World Championship play-in knockout stage, revealing the first two teams to advance to the main draw in Berlin, Germany.

The long-awaited knockout stage of the LoL Worlds play-in stage took off on Monday, October 7 at 13:00 CEST with a match between young and talented DAMWON Gaming and promising VCS representatives LowKey Esports.

Not many expected this fixture to be anything more than DAMWON’s complete dominance, however, LowKey had different plans.

The Vietnamese champions proved just how fearless, and maybe a bit reckless they can be, by starting the game with a lane swap, sending Bùi Nguyễn “Venus” Quốc Hoàng and Nguyễn Phước “Celebrity” Long Hiệp to top lane, where they pressured Jang “Nuguri” Ha-gwon to give up first blood under his tower barely three minutes in.

DAMWON tried to counter the lane swap by moving Nuguri to bottom lane, however, Venus and Celebrity took notice of that and followed, which resulted in Celebrity securing his second kill before the seventh-minute mark.

From that point, the match started to evolve in a highly exciting fixture where it’s safe to say LowKey impressed everyone. They managed to stand firm against the Korean giants, who had their moments of greatness but ultimately had to subdue to LowKey who shocked the world by blowing up DAMWON’s Nexus in just over 33 minutes.

LowKey looked exceptionally strong in game one, where they showed even the giants can bleed, but the fixtures that followed showed the true balance of power, seeing how DAMWON steamrolled to their ticket for Worlds with minimal resistance.

Player of the match was no other than Heo “ShowMaker” Su, who showed immense individual quality and decision-making ability, which earned him an impressive 8.2 KDA and +12.3 CSD at 15 throughout the series.

Compared to the first fixture of the day, the clash between Clutch Gaming and Royal Youth was much different, in a way that it was much more of what was expected.

There were a lot of question marks surrounding the CG v Royal Youth match, considering the form CG have shown throughout the group stage. That being said, the incredible display from Heo “Huni” Seung-hoon on, Nam “Lira” Tae-yoo and Sun “Cody” “Cody Sun” Li-Yu proved to be enough for CG to produce a dominant win.

Having won game one, CG needed only two more to end the series, and they did not hesitate to win both match two and three to end the Worlds play-in knockout stage with a clean sweep.

PROUD! A clean 3-0 sweep of @RoyalYouthGG puts @ClutchGaming in the #Worlds2019 Group Stage! ✊?

The third and final collapse of Royal Youth’s Nexus marked the end of day one of LoL Worlds play-in stage which revealed DAMWON and Clutch Gaming as the first two teams who will advance into the main event and join the world’s elite.

The final two play-in matches will take place on Tuesday, with Hong Kong Attitude taking on Isurus and Splyce tackling the unpredictable Unicorns of Love.