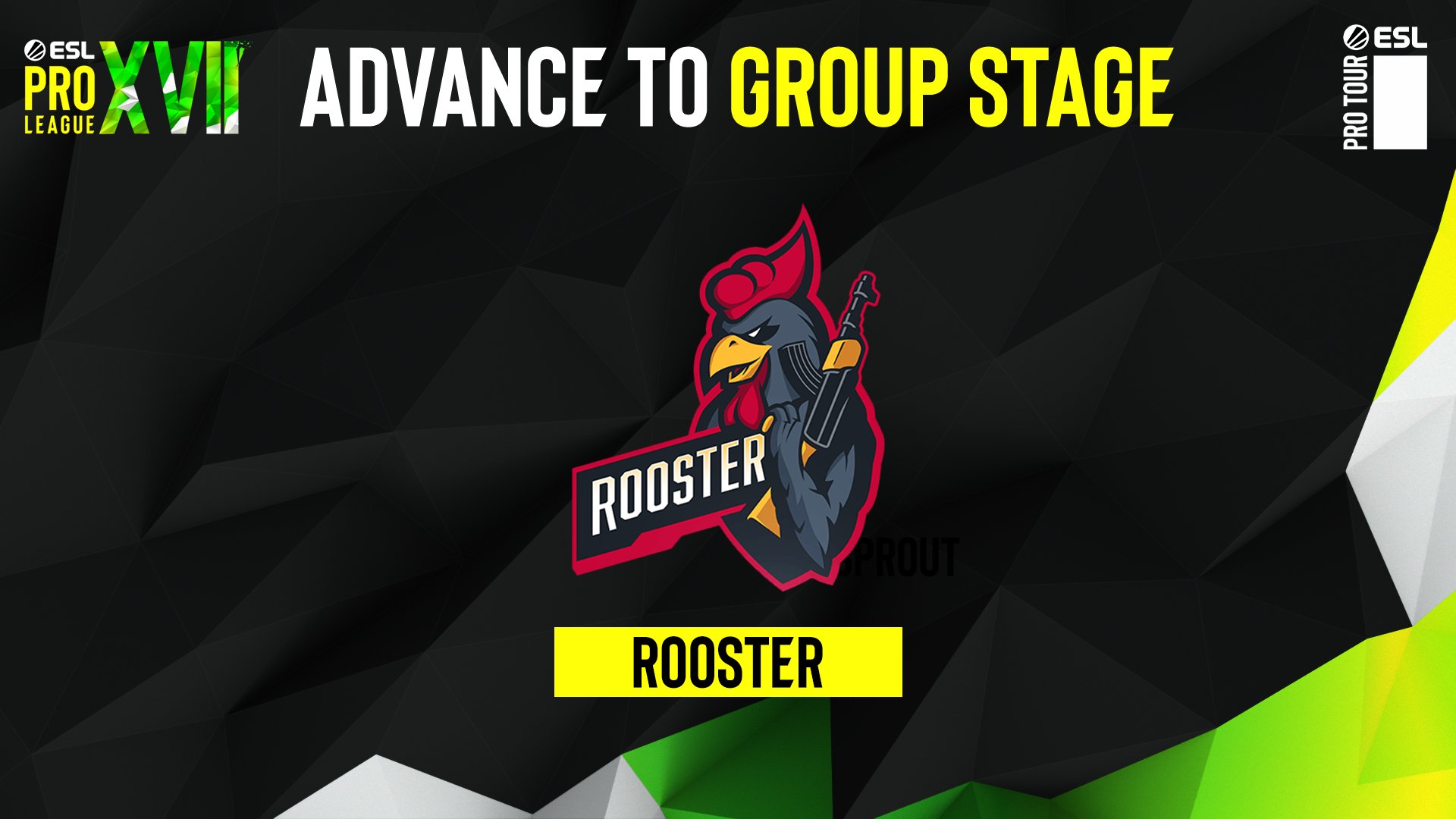 Having defeated Hello Kitten in the EPL Oceanic Conference S17 lower bracket, Rooster secured a spot in the LAN event alongside Grayhound who had already qualified by earning first place at the online tournament the previous day. This will mark Rooster’s first-ever recorded offline event outside of their home region, and their second recorded offline event overall.

ESL Pro League, or EPL, is considered one of the premier league tournaments in the competitive CS:GO scene. It features some of the best teams from around the world, and for Rooster to secure a spot in the tournament is a significant achievement for the team. It is an opportunity for the team to test their skills against some of the best teams in the world and to gain valuable experience in competing at the highest level.

The tournament will be held on the Mediterranean island of Malta from February 22 through to March 26 and will host 32 teams, with only four spots remaining to be claimed. Rooster will have one month to prepare for the tournament and will be able to use this time to fine-tune their strategies and work on any weaknesses they may have. The team will also be able to use this time to acclimatize to the conditions in Malta and to familiarize themselves with the tournament format.

Rooster secured their spot in the regional edition of the EPL Conference as a result of their strong finish in second place at the ESL Australia & NZ Championship Season 15. Throughout the tournament, they were able to defeat some of the more established teams in the Oceanic scene, such as VERTEX and Encore. Despite falling to Grayhound in the finals with a 0-3 sweep, Rooster’s impressive performance during the tournament earned them a spot in the EPL Conference.

Rooster got off to a strong start in the EPL Oceanic Conference with a 2-0 win over Hello Kitten. This win saw them face Grayhound in a rematch in the Upper Bracket Final but were met with yet another loss. They fell to the lower bracket and were set to take on Hello Kitten again. After three maps, Rooster claimed victory in Overpass (16-9) and Nuke (16-10), losing the first map, Mirage to their counterparts.

Mirage, the first map, which was chosen by Hello Kitten, had Rooster having a field day dominating their opponent. Their early lead was soon contested by HelloK as they fought to remain in the game. With the map moving into overtime after both teams traded blows, HelloK got the better of Tyson “asap” Paterson and the lads, winning the map.

Rooster made a comeback on Overpass, going on a winning streak to end the half of the second map with an 11-4 lead. While HelloK posted a better fight in the second half of the map, it was too late as the game was already out of their reach.

Nuke, was a much closer game than Overpass, as HelloK only fell short by a round in the first half of the round. Rooster kept up their momentum and were no match to HelloK, who were only fortunate to win three rounds and watch Rooster walk away with a 16-10 win.

After losing a close 4v5 on mirage, We reverse sweep!
2-1 We qualify for Malta!🇲🇹.. again🤣 please no more quals 😂 #Game7 #FearTheCock pic.twitter.com/Sjk5OqJrf7

Michael “chelleos” Hawkins led the Rooster with a 71-60 kill-death ratio. He was the player of the match after recording 89.9 points of damage per round and a rating of 1.34.

The experience that Rooster will gain from competing in the EPL Season 17 will be invaluable for the team. The team will be able to test their skills against some of the best teams in the world and gain valuable experience in competing at the highest level. The team will also be able to use this experience to improve their performance in future tournaments and to take their game to the next level.

Rooster will be joining top CS:GO teams in the upcoming ESL Pro League 17, such as FaZe Clan, FURIA, Evil Geniuses, G2 Esports, Natus Vincere, Ninjas in Pyjamas, and a lot more. The Australian franchise will be looking to attain success on the international scene.