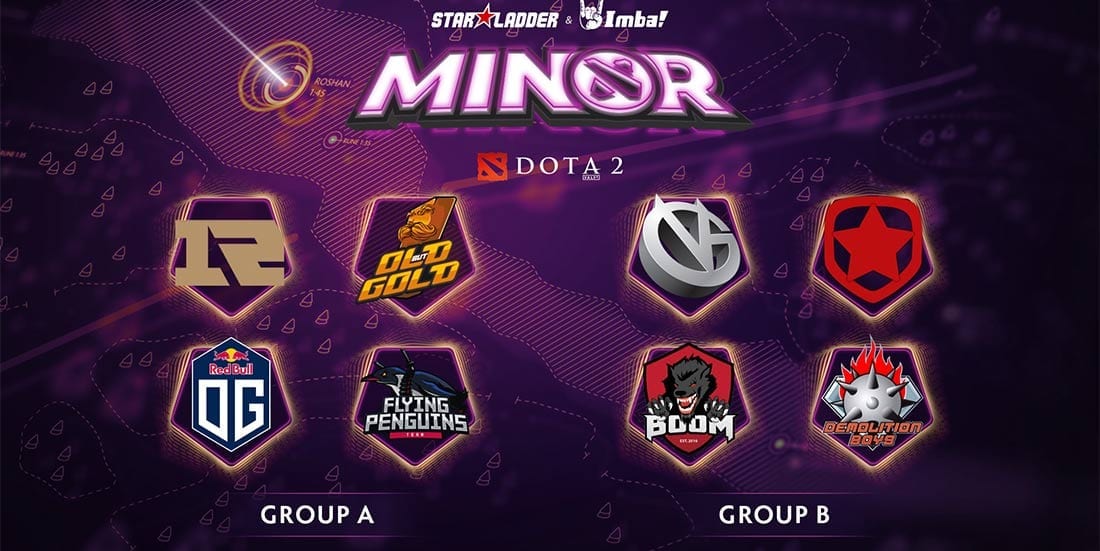 The StarLadder ImbaTV Dota 2 Minor is a Local Area Network (LAN) tournament where eight teams battle it out for a total prize pool of US$300,000, with the champion securing the last slot in DreamLeague Season 11.

Each of the competitors had to fight their way through regional qualification to get here.

Team OG topped the pops in Europe, while Gambit Esports and Old But Gold triumphed in the CIS qualifiers.

BOOM ID, the dark horse in Southeast Asia region, made their into this main event by taking down Lotac 2-0 back on February 10.

Last, but not least, Vici Gaming and Royal Never Give Up both survived the ever-competitive China qualifiers.

The group stage starts on March 7 and features two sections of four teams each:

Group A: Royal Never Give Up, Flying Penguins, Team OG, Old But Gold.

The two teams from each group that finish with the lowest points tally will be eliminated from the tournament, while the top two teams will advance into semi-finals of the playoffs.

The strongest team in Group A should be OG, who are still using iLTW from Pavaga Gaming as their position one player.

Vici Gaming and Gambit Esports should dominate Group B, given they are both tier one teams now.

The playoffs start on March 10 and will end in the same day.