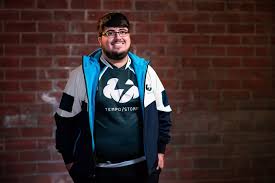 Gonzalo “ZeRo” Barrios, former Super Smash Bros. professional esports player talked about his retirement, claiming the stress which came with the expectations for him to continue his legacy ushered his exodus from the esports scene.

ZeRo is still regarded as one of the most dominant Smash players in the world, having won a plethora of titles at some of the most prestigious tournaments, including Apex, EVO, CEO, Super Smash Con and Genesis; which earned him a spot in the hall of fame of fighting esports scene.

The Chilean was a force to be reckoned with in Melee and Brawl, but decided to switch over to Super Smash Bros upon its release in September 2014, which started an era of his undisputed dominance in the scene. Shortly after switching over to Smash, ZeRo saw immediate success and went on a 56-tournament win streak, which started at the game’s release in November 2014 and lasted until October 2015, when he lost against Nairoby “Nairo” Quezada at MLG World Finals 2015.

ZeRo’s incredible achievement was recognised as the world record, which made it to the Guinness World Records in 2017 Gamer’s Edition. This feat also made him the undisputed best Smash 4 player in the world and while ZeRo failed to repeat his run in years that followed, he continued playing on the highest level; finishing 2017 ranked as the world’s best player for the fourth time in his career.

On January 12, 2018, ZeRo announced he won’t be competing in Smash 4 tournaments until further notice. In 2019, ZeRo returned to the competitive esports scene and competed at Smash Ultimate Summit where he finished 13th-16th; but shortly after announced his retirement in order to become a content creator and streamer. There was no real detailed explanation at the time to suggest was was the catalyst for the move.

ZeRo came out this past Friday in a Twitter post, almost a year since he last competed in a tournament; which has explained why he left the scene and why it was so hard for him to clarify his decision to his fans earlier.

Here’s a note I felt was important to share about me and competitive smash bros play moving forward pic.twitter.com/vQxhaT4cKQ

“I used to say that because it was easier than admitting my weakness. The truth is I genuinely did try to play competitive again, but it was impossible to motivate myself to practice and the expectations that come with my legacy honestly scared me.”

The former world number one went on to explain he believed people expected him to be the best and anything short of that would be a disappointment to him, his fans and sponsors, which put immense pressure on him and ultimately took a toll on his mental health in form of stress and anxiety.

ZeRo ultimately found his calling in streaming and creating Smash-related content, which has also become his main source of income since his retirement from the competitive scene. Just recently, ZeRo also announced he has signed an exclusivity deal with Facebook Gaming, moving his stream from Twitch over to the new platform.