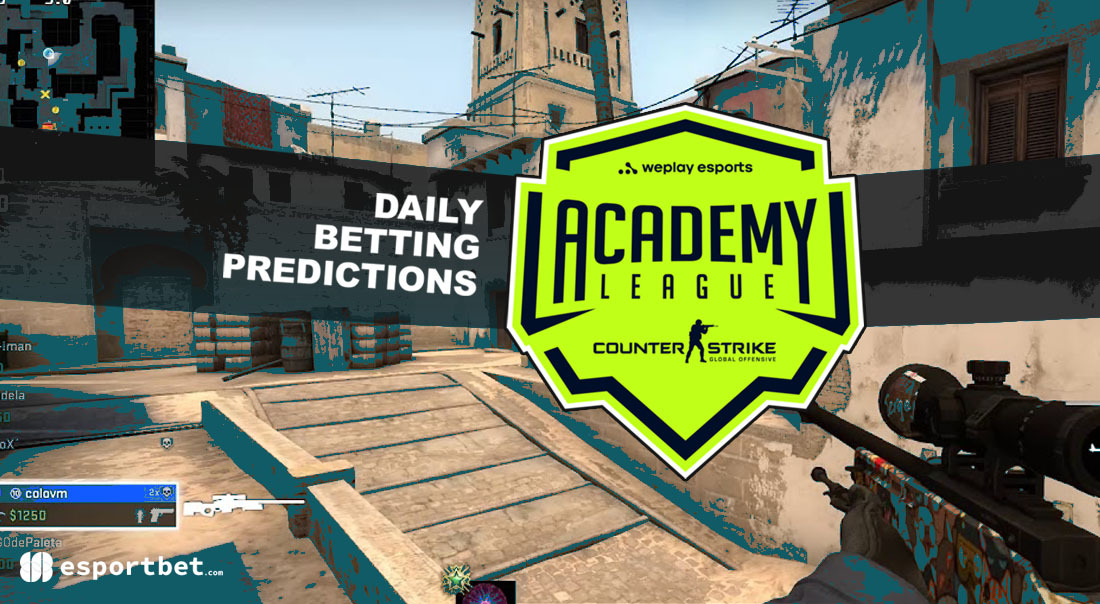 After hitting both of our betting picks for Wednesday, Esportbet returns with another pair of predictions for CSGO WePlay Academy League Season 3 action on Friday, January 7. Check out our selections for Astralis Talent vs BIG Academy and Fnatic Rising vs Natus Vincere Junior, with top odds courtesy of GG.Bet.

Astralis Talent put up a solid fight against Young Ninjas in the second match on Monday, but like in the first one (8-16), the Danes couldn’t deliver and lost 14-16. Meanwhile, BIG Academy produced a very bizarre pair of results later that day, including a 4-16 defeat against a 16-5 win against Natus Vincere Junior.

Although you could say that Astralis Talent were more consistent with their performances, they haven’t really shown anything spectacular. At the same time, we haven’t seen enough from the German squad to evaluate them properly.

If we had to pick a team, we would side with BIG Academy, mainly because they were far more successful in the previous seasons. But they’re still a bit shaky on their feet, which is why we expect another open affair with both teams reaching double digits.

Natus Vincere Junior picked up a shock victory against BIG Academy (16-4) on Monday and have since added one more win against Astralis Talent (16-12) on Wednesday, which sets them up nicely to compete for a top-three finish. Still, they have yet to show any form of consistency.

Fnatic Rising have so far played only two maps against Young Ninjas (11-16, 16-3) on Wednesday. And while they could only manage one win, we wouldn’t hold it against them for losing their first official map in a month.

There is a world where Fnatic Rising slip and lose the first map, but we wouldn’t count on that happening, so at $1.91, we have to take Fnatic Rising to win with at least three rounds to spare. Alternatively, a bet on under 26.5 rounds is worth a shot at $1.90 or better with the top esports betting sites.