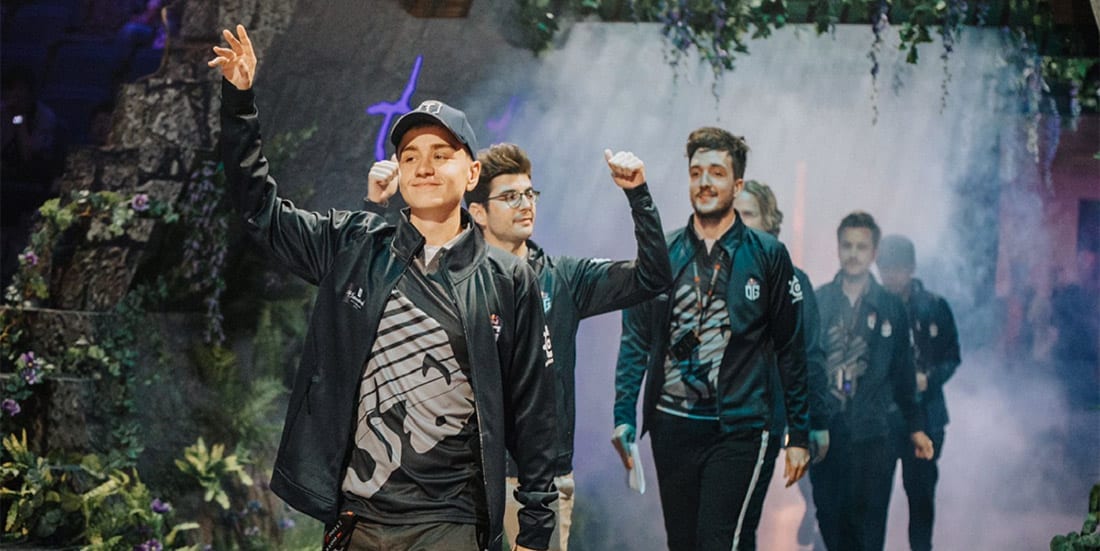 History was written in Shanghai on Sunday, August 25, when OG lifted the Aegis of Champions for the second consecutive year, becoming the first team to win The International twice.

OG started well back in the outright betting for TI9, which made them huge underdogs compared to heavyweights such as Team Secret, ViCi Gaming, Team Liquid, Virtus.pro, PSG.LGD and Evil Geniuses.

Yet OG proved the doubters wrong with a strong start that turned into a dominant run in the group stage, where they finished with the best record of the tournament (6-2-0).

By earning 14 points, OG finished well above ViCi (+3), EG (+5) and Virtus.pro (+6), and with that made it clear they mean business and are here to push for the second title.

A first-place finish in Group B earned OG a spot in the upper bracket of playoffs, where they met with the TI4 champions and TI7 runners-up, Newbee.

Entering the playoffs piping hot, OG kept the flame burning as they decimated Newbee (2-0) before seeing off Evil Geniuses (2-1) in round two of upper bracket fixtures.

That earned them a place in the upper bracket finals, where they recovered from a poor start to beat PSG.LGD 2-1 and tee up a clash with Team Liquid in the decider.

Besides settling this year’s TI title, the best-of-five (Bo5) brawl would also determine who would become the first team in history to win it on multiple occasions.

OG started off slow and lost the opening map, but they found their stride on the second and went on to dominate their cross-Atlantic rivals in the following two maps to seal the series 3-1.

Not only will the Europeans go down in history as the first team to lift the Aegis of Champions twice, they will also be remembered as the team who took home a record-breaking US $15,610,380 in prize money.

That haul also makes OG the second best-paid team in the history of esports with a total of $33,392,927, which now puts them almost $11 million ahead of Evil Geniuses and barely $204k behind Team Liquid.