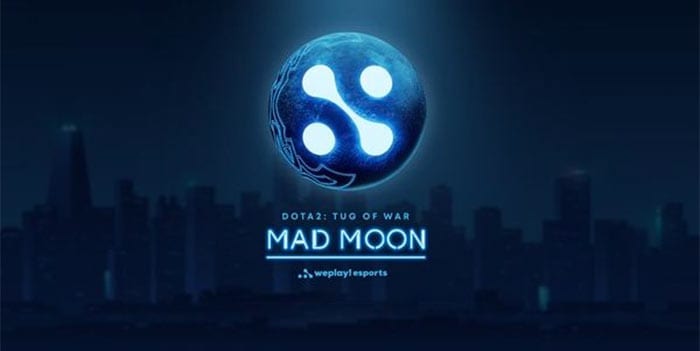 Two Dota 2 esports juggernauts will clash when Ninjas in Pyjamas and Nigma meet this Wednesday in the opening fixture of Group B at WePlay! Dota 2 Tug of War: Mad Moon.

Ninjas in Pyjamas will enter the tournament with high ambitions as they look to secure their first LAN title since June 2019, when they won StarLadder ImbaTV Dota 2 Minor Season 2. Peter “ppd” Dager and company had a rather slow start to the season, however, and have failed to achieve any notable results since pocketing the bronze medal at DreamLeague Season 12 back in October.

At ESL One Hamburg, Ninjas in Pyjamas finished seventh-eighth, to which they added a fifth-sixth result at DOTA Summit 11 and an unsuccessful run in the DreamLeague Season 13 North America Closed Qualifier. In the Leipzig qualifiers, the Swedish esports organisation finished fourth, thus narrowly missing out on the main event.

In January, Ninjas in Pyjamas bombed out of WePlay! Bukovel Minor 2020 at the group stage after two humiliating defeats against Geek Fam and Team Spirit. That poor performance ushered in major roster changes, which saw Nico “Gunnar” Lopez and Malthe “Biver” Winther kicked from the team in favour of Nikita “Daxak” Kuzmin in the first position and Rodrigo “Lelis” Santos in the third.

With a new roster, Ninjas in Pyjamas appeared at the ESL One Los Angeles 2020 Europe Closed Qualifier and secured a spot in their first Dota Pro Circuit Major since the EPICENTER Major in June 2019 thanks to a commanding 2-0 win over Aggressive Mode in the third-place match. NiP still have a lot more to prove, however, and the upcoming tournament will be a perfect opportunity for them to do so.

Nigma have been all over the place in recent months. Shortly after signing the ex-Team Liquid roster back in November 2019, Kuro “KuroKy” Salehi Takhasomi and his squad took a swing at the DreamLeague Season 13 Europe Closed Qualifier but fell flat against Alliance in the third-place match. Nonetheless, Nigma rallied and pocketed a ticket for the Leipzig Major by winning the WePlay! Bukovel Minor in January.

With high expectations on their shoulders, the European mix got off to a flying start at the second Major of the Dota Pro Circuit (DPC) season, topping their group and earning a spot in the playoffs. There, however, Nigma hit a brick wall, as they failed to overcome Evil Genuises (1-2) and beastcoast (1-2), thus finishing the event in ninth-12th place.

Earlier this month, Nigma also crashed out of the ESL One Los Angeles 2020 Europe Closed Qualifier with a 1-1-2 record in the group stage. They were gifted another chance at the Los Angeles Major via the StarLadder ImbaTV Dota 2 Minor Season 3 Europe Qualifier, where they made it to the finals but lost against Alliance (2-3).

This will be the first meeting between these two rosters and it is hard not to be excited with what this fixture will bring, given that both sides field some of the best players in the Dota 2 scene.

Nigma come out ahead on paper because this squad finished The International 2019 as runners-up under the Team Liquid banner. However, their recent results fail to inspire much optimism.

At the ESL One LA Major qualifiers, Nigma lost to Aggressive Mode and produced a disappointing stalemate against Viking.gg. Although they did defeat OG Seed in the qualifiers and saw some success against stronger teams back in January, their performances overall are volatile. That is not to say Ninjas in Pyjamas are in a much better position in terms of their achievements this season, but they at least offer a semblance of consistency.

NiP seem like a safer pick here, as we can’t know for sure what version of Nigma we will see. That said, neither side has shown enough to convince us they are capable of a clean sweep, which is why we will predict the series to end in three maps.