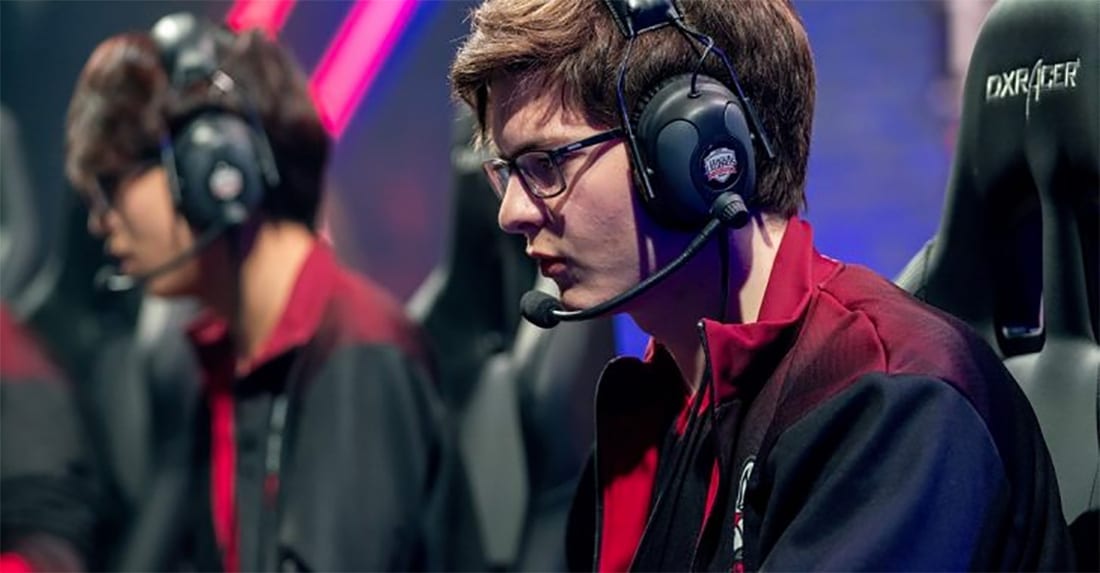 After an impressive performance from G2 in the LEC, Mihael “Mikyx” Mehle revealed he is still struggling with his wrist injury, which could spell trouble for G2 in the upcoming MSI.

After starting the 2019 LEC spring split with dominant performances, G2 fell away later in the season, but still managed to secure the no.1 seed long before the regular season ended.

As a no. 1 seed, G2 faced off against their first opponents of the playoffs in quarterfinals, where they met Origen, the no. 2 seed.

Despite the fact there was not a lot separating the teams on the standings, G2 dominated Origen and won 3-0, which fetched them a ticket for the finals.

In the finals, they met Origen again, who surprised the world and knocked out Fnatic in a 3:1 semi-finals match.

The grand final match between Origen and G2 went as expected, or in other words, it ended the same way their last head-to-head match did; 3-0 for G2.

Origen were once again no match for G2, who were simply phenomenal in the spring split.

When it comes to giving out credit to their players for a successful campaign, their star support Mihael “Mikyx” Mehle, is one of the key players that helped his team reach their status.

However, in an interview after the grand final Mikyx had some worrying things to say.

By now everyone should know Mihael “Mikyx” Mehle had some issues with his wrists, which prevented him from playing in the final stages of the regular season, when he got temporarily replaced by Hampus “promisq” Mikael Abrahamsson just so he could get some rest before the playoffs.

From results G2 put up in the playoffs, we can safely assume Mikyx got the needed rest to be able to perform up to par, but looking forward, his injury is far from healed and could cause some issues for G2 in May.

In a post-series interview with Eefje “Sjokz” Depoortere, Mikyx addressed his injury by saying his injury has prevented him from practising as much as he would have wanted, which raises some concern going forward.

When asked about the health update, Mikyx stated:

“So far I’ve played like two games a day of scrims, so I think I’ll keep doing that. It kinda sucks if we’re going to go to South Korea and boot camp. I won’t really be able to play solo queue or scrim against the good teams. It’s bittersweet, I guess.”

In an interview before the finals, Mikyx addressed his injury and stated his condition has improved. By the words of his doctor, he is suffering from inflamed fluids around his tendons, which need some time to heal. While we still don’t know how much time he will need to be 100% ready, the good news is that he is getting better.

While Mikyx stated his condition is getting better, there is still the question of when will he be 100% ready to play. Without their star support, G2 will miss on a lot of practice time, which will ultimately harm their results in the MSI where they are expected to perform on the highest level.

But, in the worst case scenario, they still have a great backup in promisq. We can hardly justify saying promisq is as good as Mikyx, however, Mikyx has said before he believes in his teammate, so why shouldn’t we?