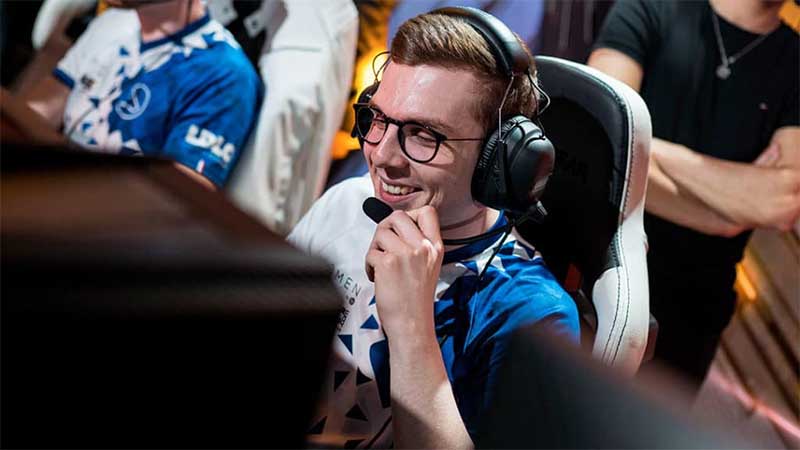 The next League of Legends season is just around the corner, and player signings and movement is happening on almost a daily basis.

The pre-season roster changes have kicked off, teams from across the globe are in the hunt for new signings as the competition is becoming more rigorous with every passing season.

There is plenty of gossip and rumours about the roster changes, and our goal is to keep an eye on all of them and give you the key roster changes so you can make informed bets on the upcoming LoL season.

In this article we will be looking at all the latest news regarding the roster changes in the top tier regions of League of Legends: South Korea, China, Europe and North America.

(LCS) Dignitas signs Aphromoo
One of the veterans players in the LCS, Zaqueri “aphromoo” Black has decided to leave 100 Thieves and will be looking to represent Dignitas in the 2020 season.

(LCS) 100 Thieves sign Cody Sun and ry0ma
A surprising announcement was made by 100 Thieves as they sign new mid-laner ry0ma and ADC, Cody Sun.

(LCS) Evil Geniuses sign Bang
The top tier organization in NA, EG got its hands one of the best ADCs of the region, with this signing, it is safe to say that EG will have its eyes on the LCS title in 2020, with Bang at the forefront.

(LCS) Immortals sign Hakuho and Altec
In the upcoming season, we will be seeing a new bot lane duo representing IMT with ADC Johnny “Altec” Ru and support Nickolas “Hakuho” Surgent joining the side.

(LCS) Raz joins GGS Academy as new coach
Raz has decided to leave his post as a caster in the LPL and will be coaching the GGS first team in 2020.

(LCS) Johnson signs for Dignitas
One of the most unexpected signings took place on November 27 as they signed the former TSM academy player for the first team.

(LCS) Kobbe signs for TSM
Splyce unfortunately lost one of its best ADCs, Kasper “Kobbe” Kobberup to its rival TSM. This move will surely make Spylce a contender for the playoffs in the 2020 season.

(LCS) Eikal joins IMT
After a successful season in the LFL, the EU star, Jérémy “Eika” Valdenaire will be playing in North America as he attempts to revive IMT.

(LCS) TSM sings Dardoch
One of the most talented players in the NA region, Joshua “Dardoch” Hartnett is all set to compete for one of the giants of the game, Team Solomid.

(LEC) Mithy retires and becomes the Fnatic coach
Jungler, Alfonso “Mithy” Aguirre Rodríguez has made the choice to retire from Origin as an active player and will be the new coach of Fnatic in the upcoming season.

(LEC) FORG1VEN joins Schalke 04
ADC Konstantinos-Napoleon “FORG1VEN” Tzortziou, will come out of retirement in 2020 as he will be competing with S04 in the LEC. The last time, FORG1VEN competed on the big stage was back in 2016.

(LEC) Dreams join Schalke04
The veteran support, Han “Dreams” Min-kook has not renewed his contract with SK and decided to sign for LEC side, S04.

Origin and Kold had a mutual agreement to part ways. At the time of this writing the jungler has not signed for a new team.

(LCK) Hanwha Life snatches Haru from SKT
Former jungler of SKT has decided to represent HLE in the 2020 season.

One of the best support players in Korea — Son “Lehends” Si-woo — has parted ways from Griffin after some disputes and is aiming to start 2020 on a high with HLE.

Hanwha Life got its hands on the bot lane duo at the start of December by signing, bot laner Jeon “Zenit” Tae-gwon, support Oh “Vsta” Hyo-seong.

The Koreans side has decided to complete revamp its roster. Lee “Kuro” Seo-haeng will be competing as the mid-laner. Meanwhile, jungler Kim “bonO” Gi-beom, and “Malrang” will have to compete for the leading jungler role. Lastly, the top lane will be contested by Kim “SoHwan” Jun-yeong and Jeon “Ray” Ji-won.

(LCK) APK Prince signs a contract with Mia
The new team in the LCK wasted no time to strengthen its roster by signing former KT Rolster player, MIa for 2020 season.

(LCK) Afreeca Freecs gets its hands on Mystic

One of the stars of the LPL, Jin “Mystic” Seong-jun will be competing in his native region in 2020 as he will be representing Afreeca.

The former ADC of SKT, will be representing SB in the new LCK season. It will be exciting to see how he faces off against Teddy in 2020.

(LPL) Kanavi signs for JD Gaming
JDG has successfully lured Kanavi from Griffin and will be looking to get the best results with its new jungler.

(LPL) Karsa leaves RNG
One of the best teams in the world, have parted ways with one of its stars. At the time of this writing RNG has not announced a replacement.

(LPL) LGD Gaming recruits Peanut
The former world champion, Han “Peanut” Wang-ho will be competing in LPL in 2020. This move will help both player and the club in the hopes of lifting a title.