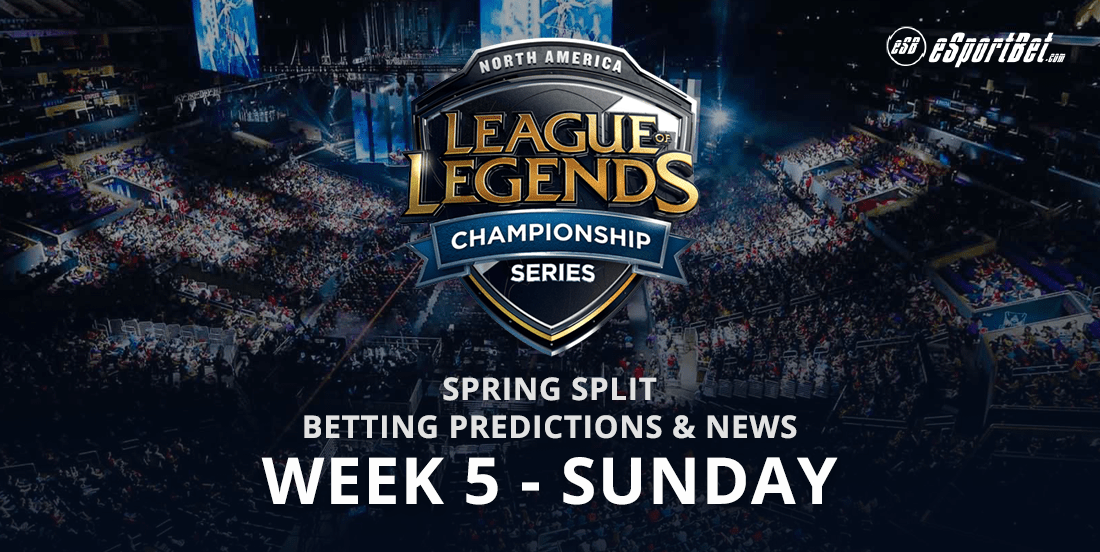 Clutch Gaming and TSM are both desperate to stay in the finals hunt and one could be out of contention come 2pm on Sunday, when the LoL North America LCS Spring Split continues on Sunday.

Both teams are on four wins and four losses after four weeks of the competition and with 100T and CLG breathing down their neck they cannot afford a slip-up.

Our LoL expert Spare previews the best of Sunday’s games and gives his free predictions. You can read our preview of Saturday’s NA Spring Split games right here. 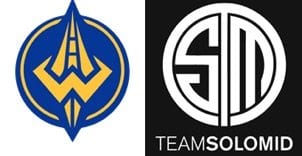 Both teams currently at the middle of the standings, Clutch Gaming and Team SoloMid are both going to need a decent win streak to safely qualify for the Spring Split finals. Will the game from last week be a repeat or will the future be altered?

CG’s top laner Solo sported the top DPS share of any top laner starting off early in the season, beating out fan favorites like Huni or Flame. Febiven has also shown his flexibility in the mid lane, always drawing multiple bans but playing as consistently as ever.

TSM can definitely capitalize on the lackluster LirA performance as MikeYeung favors the aggressive, assassination junglers. Hauntzer and Solo will turn the toplane into a split push bloodbath should the picks and bans enable them to, which will be a major focal point in the objective game.

Last week, these two teams faced off while showing the inability for either team to close out a game cleanly. Clutch Gaming snagged the victory in the end, but for this week, TSM may have the edge. TSM’s coordination has been slowly but surely been smoothed over in the past two weeks. Combined with TSM’s solid team resources, the odds may turn ever so slightly.

Perhaps the most hyped matchup of the weekend, both first seeded teams are going head to head to fight for sole position of the number one spot. C9’s one loss this season so far has been to Echo Fox. Both teams possess incredible communication and game knowledge, so this game will be entertaining to watch regardless of the winner

C9’s focus during their previous loss was to equalize the skill and experience difference in top lane, but the other lanes suffered from the lack of attention. Jensen will have to face FeniX, outpush him, and find niche timings for ganks top and bot. Svenskeren will also need to apply enough pressure to secure first tower, end the laning phase and transition into teamfights, where C9 has the edge.

Echo Fox’s teamfighting has looked increasingly intimidating over the past weeks. Dardoch playing not only aggressively but also intelligently has engaged and won crucial teamfights in the past. Altec and Adrian provide a safe and strong botlane, while Huni will simply be the lovable Korean we enjoy to tease.

This match will most likely be decided at pick and ban phase and whether or not Huni, Licorice, Svenskeren and Dardoch will get their desired picks. Echo Fox had previously won the head to head and will be predicted to do so again, despite the even record for both teams.

Aphromoo has to defeat his evil ex in this week’s episode of League of Legends! Both teams in the middle of the standings, both needing an edge to secure a playoff spot. This week will definitely decide which team will have an easier life to hit the top 6 teams in North America.

100T’s matchups across the board seem to be lacking in every single respect except for the mid and jungle. As such, map rotations, macro play and smart objective taking will be a higher priority for the team. Meteos and Reignover have a similar “think before ganking” style where both will gank if the gank will most likely succeed. However, Meteos tends to play more for the teamfight, which gives him a slight edge.

CLG can get the ball rolling with quite literally any lane. Darshan has a propensity for carrying the solo push, Huhi’s roams are something to be feared, and Stixxay has shown that he still has the skills to be called a top tier ADC. Against 100T however, CLG must be wary of impromptu skirmishes as well as full out 5v5 teamfights because, as they know, their former shotcaller is on the other team.

In Week 1, these two teams faced off with 100T edging out CLG. In this week, 100T will have the advantage not only for team compatibility, but also for the previous day matchups. Despite CLG’s slogan of having the faith, they may need something close to a miracle to pull off a 2-0 week.