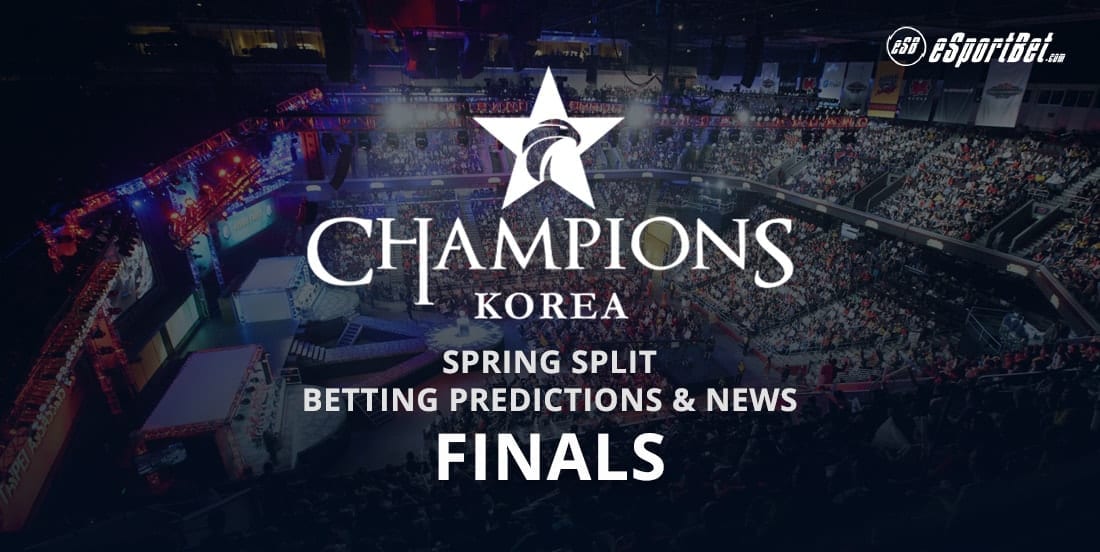 KT Rolster has fallen in the semifinals, and only two teams remain in the world’s strongest League of Legends division. The two finalists are Afreeca Freecs and Kingzone DragonX, who will fight for the LCK Spring Split crown in front of 14,000 fans in Busan’s Sajik Arena this Saturday.

Let’s get something clear right off the bat: in this split Kingzone are the Goliath, the masters of the game, while Afreeca are a just a very strong team who play the game well without reaching the dizzying heights of their illustrious opponents.

Beating Kingzone, however, would be an amazing feat that every LCK team has been dreaming of for some time. The Freecs have had tons of time to prepare, and we could be in for an interesting BO5 series.

The top lane is a spot where Afreeca have been strong for a while now. Kiin has performed very well over the split, having great games on both carries and tanks. Although he shows a slight preference for carries, his Camille has been an exceptional tool in AFS’s teamfighting.

Sadly for Kiin, he is up against the best top laner in the world right now. Khan is a laning monster, consistently establishing huge leads over his opponent in the early game. A perfect carry player, he dishes out incredible amounts of damage while also getting out alive from nearly every engage. Keeping Khan in check should be an essential task for the entire Afreeca team.

Peanut is also a huge asset for KZ, synergising perfectly with his laners and consistently outperforming enemy junglers through his aggressive style. Spirit will likely be AFS’s choice in this match, since the former Samsung Blue and Fnatic jungler likes playing differently every game and catching his opponent by surprise. Mowgli could also get a chance, but his style is more likely to be exploited.

Afreeca’s Kuro is performing phenomenally this split, but so is Bdd – the Spring Split MVP. The two have different playing styles: while Kuro loves damage-heavy champions who scale well into the late game, Bdd is more of a playmaker who likes to use Galio, Sion and Malzahar in addition to his favourite, Ryze. The mid-lane matchup is likely to remain relevant later on in the teamfights, where KZ will have to stop Kuro from killing everyone and Afreeca will need to respond well to Bdd’s engages.

PrayRilla complete Kingzone’s team as the most dominant bot lane this split, building great lane leads and translating them well into the later stages of the game. Afreeca’s Kramer and TuSin will have a very difficult job of laning against these two, but if they get out of earlz game safely, they will get to the part they play the best: teamfights.

Afreeca’s hopes lie in Kuro and the bot lane carrying hard in mid and late game, and jungle help will most likely go to Kramer and TuSin. Kingzone are the clear favourites, however, with five outstanding players who create the best team in the world. Anything but a KZ victory will be one of the biggest upsets in LCK history.