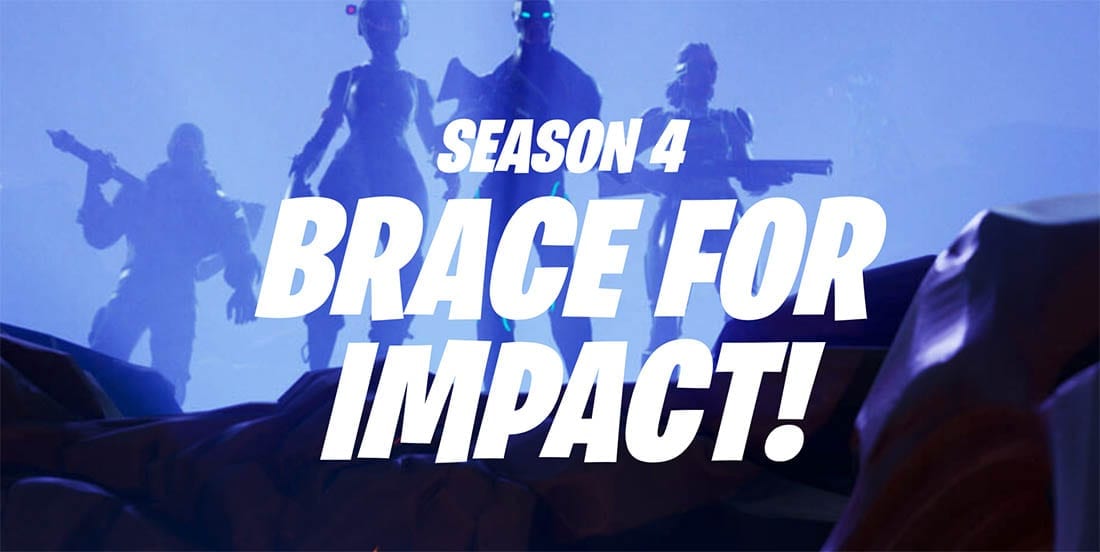 Fortnite season 3 has come to a close and season 4 will launch on Wednesday.

The upcoming season of Fortnite has been extremely hyped topic with the labelled #FortniteMeteor confirmed to hit the map on Wednesday. The meteor first appeared weeks ago as a small shining light in the air and as season 4 has been approaching so has the Meteor.

Reddit was alight with speculation and theories as to what this could mean. One user believed these vibrations felt through the controller when looking at the meteor was morse code and showed the ever popular Tilted Towers was the target for the meteor, others believed that the meteor would mean the end for the current map and with season 4 would come a new map and battleground for the Battle Royale game.

Epic Games seems to have enjoyed toying with players by releasing a series of cryptic clues such as signs, emergency TV broadcasts and conspiracy theorist campsites complete with a telescope looking at the meteor. While the outcome is not confirmed the Creators have said that “Impact is imminent” in a recent tweet.

Fortnite have also released a few teaser images for the new season with one showing what looks to be super heroes which will likely result in new Fortnite playable skins and in game items. Most recently on the Epic Games website the image of what looks to be four Fortnite characters, three of which are known skins and another which looks to be a new character, who is standing over rubble with the text “Brace for impact”

What will happen to the leading Battle Royale game tomorrow is anybody’s guess but season 4 sure to be massive.