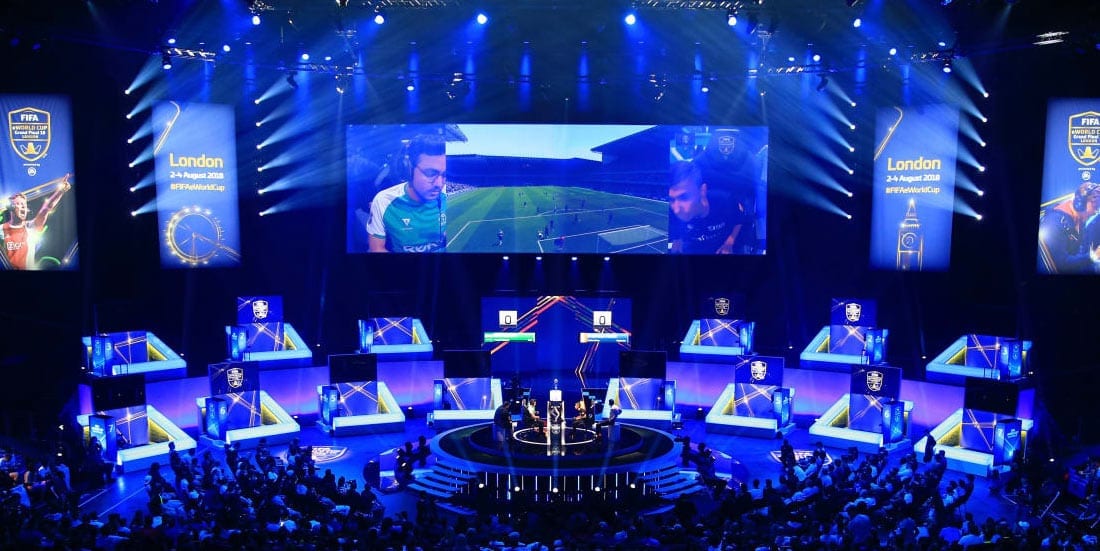 With tens of millions of hopefuls competing for an ever-growing purse, the FIFA eWorld Cup is the ultimate prize in virtual football. Get clued up about the best online bookmakers for FIFA eWorld Cup betting and find out how you can get in on the act and test your skills against the best FIFA players on the planet.

There are dozens of online sportsbooks that run betting on FIFA esports, but not all are up to scratch when it comes to regulation, reputation, or reliability. Stick with the sites listed above to ensure you always get great odds from licensed betting operators who know how to look after their punters.

What is the FIFA eWorld Cup?

In 2004, the Federation Internationale de Football Association teamed up with EA Sports to launch the FIFA Interactive World Cup. A modest venture at first, the tournament now draws millions of competitors and ranks among the biggest virtual sports championships on the planet.

The eWorld Cup is all about the long-running FIFA series from Electronic Arts, which has churned out new titles every year since 1993. PlayStation 4 and Xbox One users can register at FUTChampions.com, compete online and qualify for the FIFA Global Series, where a field of literal millions is whittled down to only 32 for the FIFA eWorld Cup Grand Final.

The title is decided over three days in a live stadium playoff before an audience of thousands. The group stage is played on day one, the second round and the quarterfinals are completed on day two, and the semifinals and the grand final are decided on day three. The title match pits the top PS4 player against the pick of the Xbox users over two legs, one on each console.

How to qualify for the FIFA eWorld Cup

There are a few different ways to earn FIFA Global Series points. If you are good enough to land a gig in one of the official Global Series partner leagues, you can pave your way to the eWorld Cup while competing for and against some of the top club sides in Europe, Asia and beyond.

Be warned: qualification for the FIFA eWorld Cup might be the most cutthroat business in all of sport, let alone esport. More than 20 million players signed up for the 2018 edition, and that figure is expected to grow in the coming years.

It does not take a genius to work out that FIFA prize money is on a steep upward trend. The jump from $26k in 2016 to $400k in 2018 marks a staggering increase of 1,438 per cent in only two years. With more and more professional clubs and football leagues launching online gaming divisions worldwide, it won’t be long before the eWorld Cup prize pool cracks the magical $1 million mark and starts overtaking some of the more established esports tournaments.