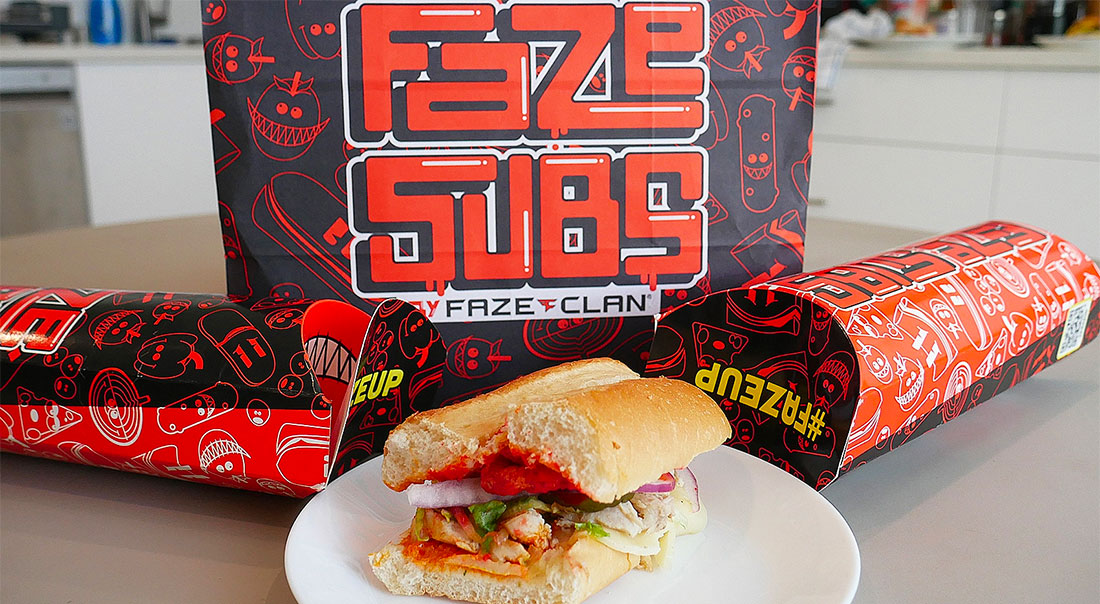 FaZe Clan has announced the launch of a new business vertical, teaming up with the food delivery platform DoorDash on a culinary project.

The project, dubbed ‘FaZe Subs’, will offer a variety of sandwiches inspired by various members of the organization, cutting across all teams.   The announcement read thus:

“FaZe Clan, the lifestyle and media platform rooted in gaming and youth culture, today announced a new business vertical: ‘FaZe Subs’ with DoorDash as the exclusive on-demand delivery platform for the virtual restaurant.”

FaZe Clan content creators are said to have collaborated on the project with chef Eric Greenspan, the culinary director at Virtual Dining Concepts, as revealed by the press release.

Starting on July 26, the sandwiches will be available exclusively on the DoorDash delivery platform within 23 states across the United States. Later this year, FaZe Subs will expand into other states in the US and will also include Canada.   The new venture’s launch is in line with FaZe Clan’s initial partnership with the delivery platform, which was announced in May 2022.

Together with FaZe Subs, the two companies will create the ‘DashDays’ content series. The series will afford viewers the opportunity to win prizes.

“This is the first major initiative coming out of the FaZe Clan x DoorDash partnership announced earlier this year,” said the official press release.

“FaZe Clan members worked with chef and TV personality, Virtual Dining Concepts Culinary Director, Chef Eric Greenspan, to create a full specialty menu featuring playfully-named original sandwiches that will be available exclusively on the DoorDash platform in select cities across 23 states in the US starting today, July 26th, with plans to expand to additional US cities and Canada later this year.”

DoorDash is all too familiar with the world of esports. In June 2021, the delivery platform secured naming rights for the League of Legends Circuit Oceania (LCO). DoorDash also secured a multi-year partnership deal with the NBA 2K League in 2020.

“I love that FaZe Clan is always down to let us try new things, so of course when I heard we were doing FaZe Subs, I wanted to make my dream sandwich,”  he said.

“ I had a lot of fun creating this with Chef Eric and I want the fans to know I made this for them when they take that first bite. I can’t wait for people to give The Rugfather and the rest of the FaZe Subs menu a try.”

FaZe Subs and DoorDash will celebrate the launch by hosting FaZe Rug’s Summer Festival on July 30 at the organization’s warehouse in Los Angeles. Attendees will be able to sample the sandwiches as well as network with special guests and content creators at the event.