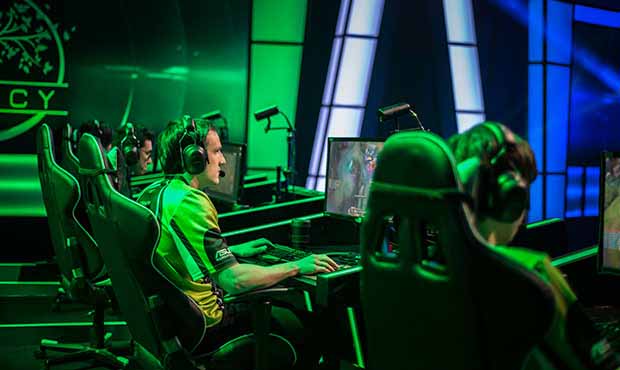 The Adelaide Crows just demonstrated that esports have come to stay in Australia.

It started last year on an acquisition note, when the Crows went public with their plans to acquire Legacy Esports. Now it is gaining momentum.

They became the first AFL club – no, the first professional sports organization in Australia, to get involved with esports.

Now a second club within the AFL has stepped up to the plate by purchasing an esports team. Essendon is showing sports enthusiastes within the country that they are ready to tow the path of esports and make a success of it. Now, both Essendon and Adelaide Crows are squaring off against each other for the very first time in the Oceanic Pro League this weekend.

Nigel Smart, Chief Operating Officer of AFC said the Crows have been competing in the AFL for the past 26 years. He said the Crows can use the experience to make esports a success in Australia. Needless to add that the AFC acquired Legacy Esports, and it is making long strides since the acquisition.

To drive home this point, Legacy Esports signed an agreement with Nielsen Sports and Samsung recently. They also went ahead to purchase Overwatch team Stunner Meal with Caramel Sundae on February 15.

The amateur esports team with a funny name made it to the Overwatch Contender Series via the open division. Beginning March 12, Overwatch players will compete in the series for a $4 million prize, played in seven regions across the globe.

Smart said he knew nothing about esports previously, but learning has helped him to acquire considerable knowledge of esports before the acquisition. About 35 per cent of AFL fans revealed in a survey they do not understand anything about esports, even though they have heard of Legacy before.

Today, Smart and his 12-year-old son have learned a lot about esports from Legacy.

Crows are open to helping other clubs enter esports arena

Smart explained the Crows shaped Essendon’s entry into esports, and they would be glad to help other sporting organizations do the same.

“If we can help sporting teams get into esports, we do that, we offer advice and we tell them our story, we kind of cut out the bullshit and go ‘esports is an opportunity’ and we take them through the journey if we can help,” he said.

Both teams will be playing against each other this weekend for the first time in the OPL.