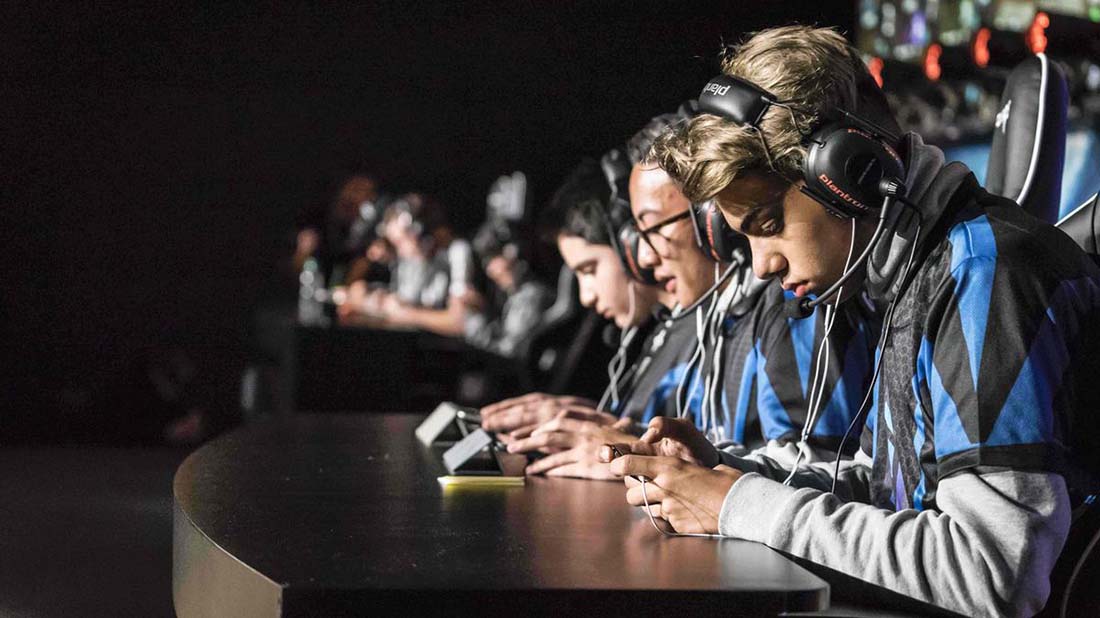 It’s safe to say a fair portion of the hardcore esports and video game communities consider mobile games to be little more than side-distractions for a boring commute or dull family gathering. While smartphones and tablets have improved in graphics capability in recent years, playing games on your smartphone phone or tablet has yet to produce the same complex and in-depth experiences many console and PC gamers expect and live by.

However, while many of us have been ignoring the many technological advances made in the mobile space, parts of the professional esports circuit have quietly banked on portable platforms and carved out an impressive niche right under our noses, making as much money as their console/PC counterparts. Mobile esports? Yes, it’s a thing.

What games are mobile esports?

It’s easy to assume esports begins and ends with the core triumvirate of Counter-Strike: Global Offensive, Dota 2 and League of Legends. These three games have dominated the competitive and professional gaming scene for the better part of a decade, and are arguably the main reasons behind the investment and success of the esports industry today.

However, we’re seeing more new games than ever before follow an “esports-ready” template, where the core gameplay mechanics and multiplayer component encourage future organized, competitive play with the hopes of a massive fan-base to launch a proper league. Overwatch’s recent success can be attributed to this new framework.

Mobile would be the last platform any gamer would expect to games with an esports-ready template implemented, yet here we are with games like Clash of Clans, Hearthstone and Vainglory.

Clash Royale
A hybrid mobile game blending in elements of collectible card games, multiplayer online battle arena (MOBA), real time strategy and tower defense into one addictive experience. As a 1-vs-1 game, two players start on opposite sides of a map with their own base, with the aim to defend your base while attacking your opponent and successfully destroying theirs using special cards that give you access to use abilities, buildings, minions. It has had massive esports tournaments such as the King’s Cup, which has offered prize-pools of over US $70,000, and a newly created esports league called Path2Pro which aims to feature a more regular season of competitions in 2018.

Hearthstone
A mobile trading card game that is entirely digital (no physical versions) and played in a turn-based fashion with hundreds of unique cards and deck combinations. Games are played 1-vs-1 in a head-to-head format, with the aim of reducing your opponent’s health to zero using the smartest mixture of cards. Developed by Blizzard, it is one of most popular esports in the mobile space and arguably the most significant in that it was developed by an internationally recognized PC/console developer. The 4th Annual Hearthstone Championship Tour and World Championship started in January and features 16 of the best players vying for a share of US $1 million in a live tournament held in Amsterdam.

Vainglory
A MOBA mobile game played very similarly to its PC counterparts such as League of Legends, with two teams battling across a one-lane horizontal map with a jungle in the bottom and tons of unique heroes to play as, each with their own abilities, XP and inventories. With over 1.5 million active monthly players announced by its developers, Vainglory has mostly found success overseas in the Asia-Pacific markets, enough so that its overseas tournaments have caught the eye of most major esports betting sites, making it one of the first mobile esports to have regular betting markets offered.

Mobile esports in 2018: The Numbers

Last year, esports became a $1.5 billion industry, with renewed projections around $2.3 billion by 2022, according to esports numbers cruncher Superdata. The industry boom is very real and happening right now, but what many don’t realise is how much mobile video games have contributed to these massive figures.

In one of its latest quarterly reports, insights company NewZoo confirmed smartphone and tablet gaming as a whole grew 19% year over year to generate approximately $50.4 billion in 2017. Three quarters of these aforementioned profits came from smartphone gaming on devices such as the Apple iPhone or Samsung Galaxy series, with tablet games accounting for the remaining 10.8 billion. Mobile also captured 42% of the total games market, expected to increase to 50% by 2020.

This year, most of China’s growth is in the mobile gaming sector. Two Chinese mobile gaming companies behind some of the biggest mobile esports projects, NetEase and Tencent, accounted for $7.7 billion of mobile gaming revenues in 2016 between them, with additional growth estimated for over $14.6 billion in 2018.

By 2020, NewZoo believes mobile gaming will represent “just more than half of the total games market”, and with the number of active smartphones globally around 3 billion as of late last year, it makes you wonder why mainstream esports game developers like Valve have yet to jump on mobile.

Why mobile esports are growing in popularity

Traditional esports fans and hardcore gamers in general tend to forget just how far the tech in our smartphones and tablets have come, and the experiences they can now enable for the new demographic of gamers they have attracted. Once you have a proper think about it, there are many reasons why mobile gaming and the mobile esports scene is experiencing its own boom, in both popularity and revenue share, in recent years.

Smartphones are everywhere
As we already touched upon, there’s around 3 billion or more active smartphone owners around the world right now. It makes senses for smaller gaming developers and existing esports giants like Blizzard to move into the mobile space when there is so many potential buyers and fans to reach out to from the onset. For players and fans, it’s also extremely easy to invest time into their favourite mobile games and mobile esports scenes, given the portable nature of the device – you don’t have to be at home on your computer or lugging around a heavy laptop to get straight into it.

Accessibility of controls and gameplay
Playing games on touch-screen inevitably means there’s far fewer inputs and complex macros for both gamers and the fans watching to understand, and the learning curve is overall much easier. For example, Vainglory still retains the intense MOBA action we associate with Dota 2 or League of Legends, but is built from the ground up for portable devices in that it has one lane, less abilities and items to juggle (and remember) and more straightforward inputs. Some hardcore esports fans might scoff at the lack of complexity, but games like Hearthstone and Vainglory still retain their high-skill wall and in-depth strategies – they just manage it in other ways. The consolidation of certain features also allows potential fans and players who might not gel with traditional esports to understand what’s happening a lot quicker and easier.