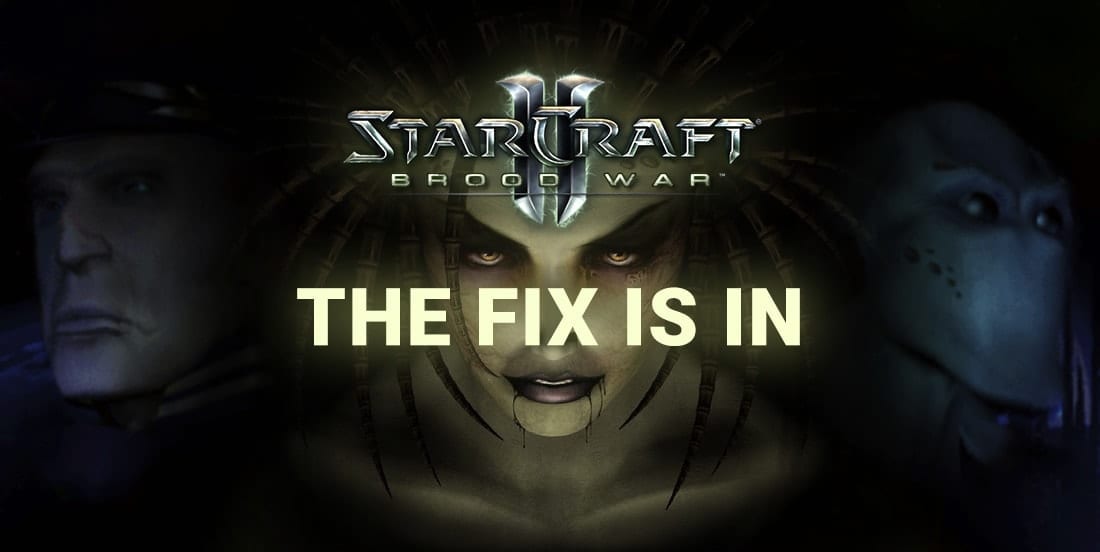 With the recent arrest of an unnamed twenty-four-year-old Korean professional StarCraft: Brood War player, the focus of the e-sports community has returned to the sordid phenomenon of match-fixing.

StarCraft and StarCraft II have been plagued by multiple match-fixing scandals in the past. At the start of 2016, Lee Seung Hyun, who is better known by his moniker “Life”, was arrested in Korea in relation to having received payments to throw matches.

Life received a suspended sentence and a fine of seventy million Korean Won, which is equivalent to just over sixty thousand American Dollars.

In late 2015 three other Korean pro gamers who went by the nicknames Gerrard, Yoda, and BBoongBBoong were also arrested because they were conspiring to throw games.

All three of these players were banned for life by KeSPA, the Korean e-Sports Association, and like Life, they all received suspended sentences along with fines.

StarCraft Brood War has also had its share of match-fixing scandals. Ma Jae-Yoon, aka sAviOr, the most dominant StarCraft player of his era, became disgraced after it was revealed in 2010 that he had orchestrated a number of deliberately thrown games.

When you consider how difficult things were for professionals back in the infancy of e-sports, when prize pools were minuscule and even top-tier players were making minimum wage, it is not difficult to understand the temptation to earn easy cash by participating in match-fixing.

Luckily these days prize pools are significantly larger, and it is a lot easier for elite players to make a lot of money, and there is also more sponsorship available.

Still, as e-sports betting proliferates, the risk of match-fixing will grow with it. It is important for the e-sports community to remain vigilant against this corruption and involve the authorities when it occurs.

Why does match fixing occur?

Intrinsically, betting and match-fixing are linked with the most common cause or reason why it occurs being that a player has received a pay-off from a gambler, who is looking to profit from a large wager on an underdog, or a certain event taking place in a game, which is known as spot fixing.

Many traditional sports have been rocked to their core by match-fixing including football, tennis and most notably cricket, which has been plagued by scandal after scandal as players look to cash in on the lucrative bribes game.

You may hear match fixing referred to as game fixing, sports fixing or even hippodroming. This is not to be confused by a team underperforming to achieve a future benefit, like allowing a team to win, to let another team, for instance make the finals and knock out a more worthy competitor. While this is frowned upon, it is not technically illegal.

It is not something that can just occur with players, with team and tournament officials also capable of abusing their power and influencing the outcome of games.

How can esports protect itself?

Because esports is such a young industry it is going to take time to get the right processes in place to make sure every game is above board. As the governing bodies in each country are formed and leagues progress in age, the issue of integrity is undoubtedly going to become more commonplace.

It’s very important that esports organisations take any suspicions of rigged matches seriously and work closely with betting companies, who are as keen as anyone to stamp out match-fixing, and demand they report any suspicious betting patterns. For instance if your reports tell you that two bookies have had huge bets placed on the underdog just hours before a match and they get up in remarkable circumstances we need to be looking into it.

For esports to thrive as a betting platform the issue of integrity must be addressed now because already, in esports’ infancy, people are talking about the opportunities that exist to manipulate and ultimately defeat betting sites.

A first stage to stamping out match fixing should be harsh penalties for anyone caught; while automatic lifetime bans for any officials involved should be mandatory.