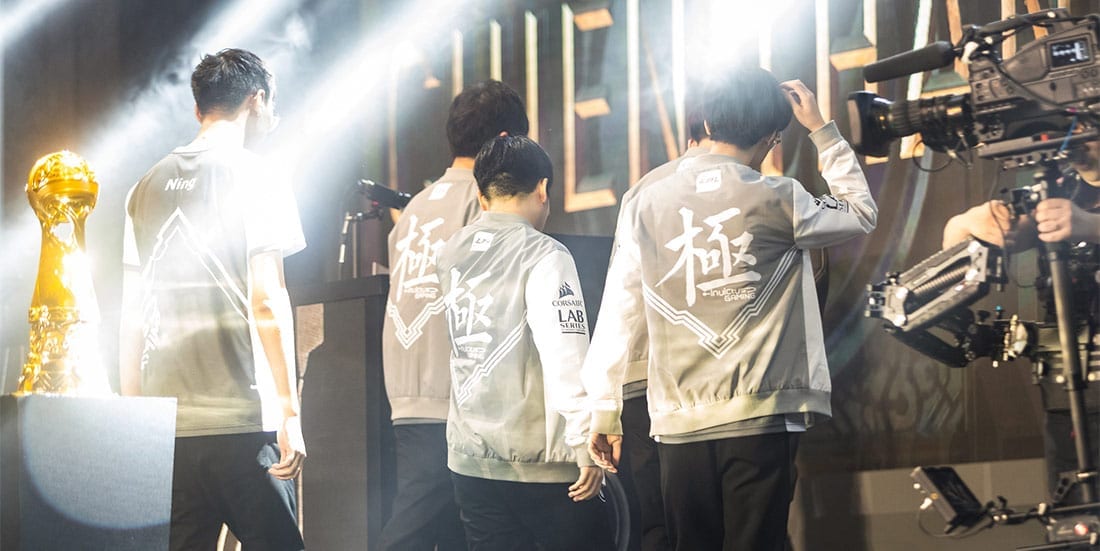 LNG Esports produced what can be described as one of the biggest of upset wins in the LPL, when they crushed (3-0) the reigning LPL and World champions Invictus Gaming in the first round of LPL playoffs.

Having lost in the first round of playoffs does not only mean Invictus Gaming (OG) will not be able to defend their domestic title, but it could create a huge problem as far as their chance to appear in the 2019 League OF Legends World Championship is concerned.

With IG’s road to the LPL finals cut short, they will not be able to compete for the first LPL seed leading into “The Worlds”, which is awarded to the champions of the split.

That on its own should not be too big of an issue, considering IG could also grab the second seed by finishing first on the Championship Points standings, but even that is very unlikely to end the way Invictus Gaming hope.

By winning the spring split in late April, Invictus Gaming secured a total of 90 Championship Points (CP), meaning they currently share the first spot at the CP standings with FunPlus Phoenix.

Yet they could be in trouble if both FunPlus Phoenix and the third seed Top Esports make it into top three and secure 70 CP, meaning they would both pass IG in the standings. That scenario is highly likely to happen, as both teams already occupy a spot in the semi-finals.

With some luck, Invictus Gaming could still end up top, however, a lot must go right for that to happen.

Either FunPlus Phoenix or Top Esports must win the title, while the other must finish fourth. At the same time the quarter-finalists RNG must not finish second, as they would as well finish the season above IG.

If all that goes the way IG plans, they would have a guaranteed spot at the League Of Legends Worlds”.

Should all that fail, the Chinese esports powerhouse will have one last shot at earning a ticket to the Worlds, via Regional Finals, set to begin on Saturday, September 7.

Regional Finals, while being the final lifeline for Invictus Gaming will still prove to be a tough venture for the reigning World Champions, who have failed to impress throughout the LPL Summer Split.

How will IG’s road to the Worlds end and where will it lead them is yet to be seen, however, with the mediocre form they have shown throughout the year, IG would not have an easy time repeating their success from 2018 at Worlds to begin with.