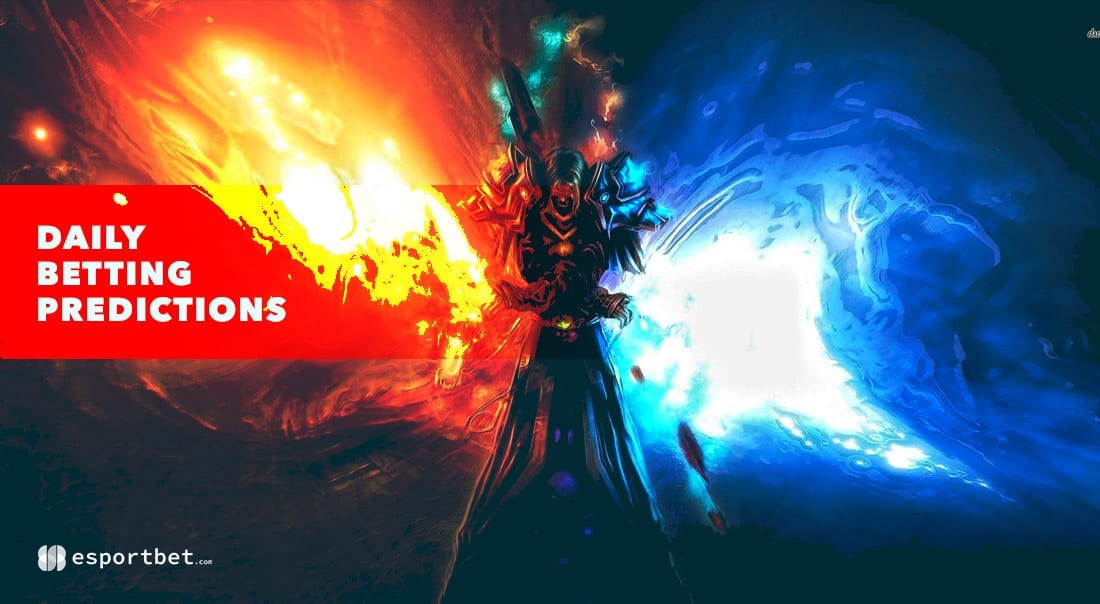 After hitting all five of Saturday’s esports betting predictions for +3.9 units of profit, Esportbet.com brings you another set of best bets and odds for Tuesday. Today we will focus on three Counter-Strike: Global Offensive tournaments – Nine to Five #5, Intel Extreme Masters XV New York Online CIS and DreamHack Open Fall 2020 – as well as a quarter-final at AfreecaTV Starleague Season 10.

Galaxy Racer have taken quite a few scalps recently and enter this bout with a 7-3 record in their last 10 outings. Giants Gaming have had their flashes of greatness as well, but overall their showings have been far less convincing.

Galaxy Racer are in better form and hold a better win percentage on five out of seven maps, but that does not necessarily mean this will be a blowout. This will be their first meeting with Giants, and that element of the unknown could pose a problem.

Clean sweeps are not tii common at this level of play. While Galaxy Racer are the most likely victors, they’re not consistent enough for us to believe they can cover the handicap. Expect Giants to put up a fight and steal at least one map.

We last saw HellRaisers and Gambit Esports in action on Sunday when they played out their third-round fixtures. HellRaisers got smashed by Team Spirit with 4-16 on Inferno and 5-16 on Overpass, while Gambit locked in a very important 2-0 win over Winstrike Team.

Considering the very iffy level of play HellRaisers have been showing, we don’t have a problem with the odds favouring Gambit so heavily. HR have not shown any improvement since Gambit (then Gambit Youngsters) swept them in August, so we have to trust Abay “Hobbit” Khassenov to hand his former employer another 0-2 loss.

It’s difficult to be overly excited about Nemiga Gaming following their close series with Ethereal (16-11, 16-13), but we have even less confidence in Winstrike Team. Not only did Winstrike manage a mere 15 rounds against Gambit last time out, they also kneeled to HellRaisers (1-2) and lost one map against Ethereal (2-1).

Despite their less-than-convincing display against Ethereal, Nemiga are still the only team in the group that came close to derailing Team Spirit. They might be a hit-or-miss proposition, but that is not an excuse to have them priced so high against one of the worst-performing teams at the tournament.

Team Vitality and Ninjas in Pyjamas will clash in the DreamHack Open Fall quarter-finals in their first meeting since September, when Vitality reverse-swept (2-1) NiP in the first round of ESL Pro League Season 12 Europe. Since then, Vitality have played 11 games and won six, while NiP have three wins in nine games.

NiP hold a rather poor 40% win rate across the last three months, which is significantly lower than Vitality’s 61.1%. However, that does not guarantee the French squad will walk away unharmed.

Vitality looked very iffy in their win against Fnatic (2-1), which leads us to believe they can drop at least one map against any top-tier team. The odds offered on the Swedes at the +1.5 handicap are a bit too short, so we have to go for the overs as the next best thing.

Park “Soma” Sang Hyun and Jang “Snow” Yoon Chul have met more than 70 times in competitive play, which means we are likely in for a close bout. The latest StarCraft II betting odds somewhat confirm that, but we expected Snow to be priced slightly lower.

Despite what the odds suggest, Snow should have an advantage in this bout because the current meta favours Protoss players. While his PvZ (Protoss v Zerg) performances are still a bit questionable, Snow has shown enough improvement in that department for us to believe he can take down the favourite.