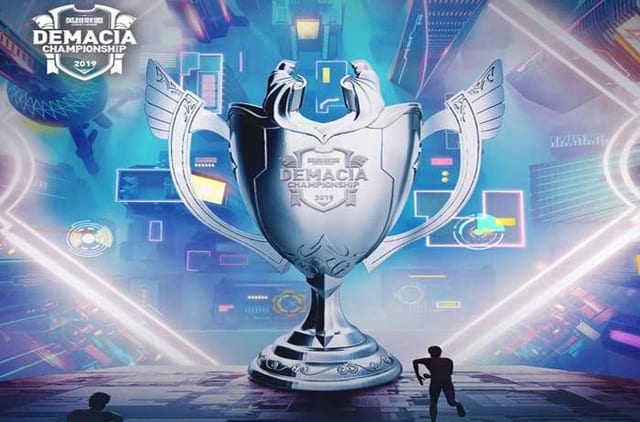 The final day of 2019 Demacia Cup playoffs will kick off on Thursday, December 26. Here are our picks and predictions for the final two quarter-finals fixtures, accompanied by betting odds courtesy of BetOnline.

On the other side, JD Gaming waved goodbye to their ADC Gu “imp” Seung-bin who retired earlier in November, junglers Sung ” Flawless” Yeon-jun and Pan “Xiaohan” Han and substitute top laner Park “Morgan” Gi-tae. Other than that, Seo “Kanavi” Jin-hyeok decided to re-join JD Gaming after having spent five months with the team as a loanee from Griffin.

LoKeN arrived back to the team as a replacement for the now-retired JD Gaming star adc imp, meaning he will have huge shoes to fill. That being said, LoKeN is in our eyes a solid replacement and arguably an upgrade for the team, considering he was one of the best ADC mains throughout 2019 LPL season.

With that in mind, JD Gaming should be fine without imp and we can expect to see them compete for a top-eight finish in LPL once more. Bilibili Gaming ($1.91) have prepared themselves for 2020 LPL season with a handful of changes to their roster and coaching staff.

On the other side, support Yang “Moonlight” En-Jian joined from the academy team and took over the starting position over Wang “xiaoliulian” Shu-Kai. The team also signed former Taipei Assassins and J Team mid laner Chu “FoFo” Chun-Lan as a replacement for Kuro.

FoFo will play a pivotal role in Bilibili’s success and while this will be his first time playing in LPL, he was one of the best mid laners in LMS, which makes us believe he won’t have a hard time competing at this level.

Last season JD Gaming and Bilibili met twice, with JD Gaming winning both bouts, however, with the recent changes, we believe Bilibili are slightly stronger as compared to last season. For that reason will take our chance with the underdogs to deliver here and defeat JD Gaming.

Royal Never Give Up vs Rogue Warriors

Entering the quarter-finals, RNG ($1.30) have a major issue on their hands, seeing how they won’t be able to count on their star ADC Jian “Uzi” Zi-Hao to play due to his ongoing health issues. Due to Uzi’s injury problems, RNG signed Lu “Betty” Yu-Hung as his replacement, and while Betty is a solid ADC, he is by no means on the level of Uzi.

Ahead of 2020, RNG went through many changes, with the most notable being the arrival of Betty and Li “XLB” Xiao-Long (formerly xiaolongbao), as well as the signing of Cho “Mata” Se-hyeong as their new head coach.

Despite boasting with some very solid players, we have serious concerns about how the team will perform without Uzi who has been a major part of the team since his arrival in 2016. Without him, RNG were visibly struggling in the group stage, which only goes to show RNG are weaker as they were last season and arguably weaker as what the odds suggest.

Looking at the new roster, we believe Rogue Warriors are entering 2020 season stronger compared to last season, where they finished among the bottom four in both LPL splits.

Comparing the two sides, RNG still look as favourites, but we can’t agree with the odds provided by the top esports bookmakers. Without Uzi on the team, RNG are much weaker and we believe they will have hard time justifying the odds here. Rogue Warriors already defeated RNG once last season (0-2) and with the improved roster they are ready to cause an upset.