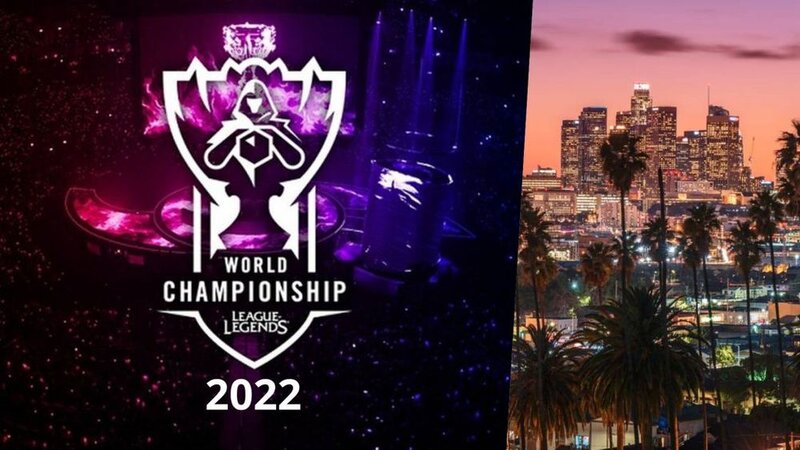 The last four days of the LoL Worlds 2022 group stage will feature the second phase of the round robin, with every day holding games for a singular group. Thursday will showcase six games from Group A, where at the moment Fnatic, T1 and EDward Gaming sit equal first with 2-1 records, with Cloud9 sitting on the bottom with a 0-3 record. Below you will find eSportBet.com’s best bets for all six games, with odds from the top esports betting sites.

If they wish to reach the LoL Worlds 2022 knockout phase, Fnatic have to win this game against a Cloud9 side that has struggled against every team in this group. In their first meeting in the group stage, Cloud9 actually started the game off really well, securing first blood and destroying the first tower, before Fnatic took over and eventually won the game. Elias “Upset” Lipp was huge for Fnatic in that game, finishing with a 8/0/5 KDA while controlling the bottom lane.

This game is a must-win for Fnatic, considering T1 and EDward Gaming should also beat C9. We will be taking Fnatic at the kills handicap of -6.5 at -120.48 with BetOnline.

T1 will be looking for revenge when they take on Fnatic in the second game of the day. In the first game between these two teams, T1 didn’t show up and they got smashed by the European giants, who had a point to prove in this group – that they wouldn’t be push-overs. Fnatic ended up taking the win, recording 19 kills to T1’s seven, whilst Marek “Humanoid” Brázda destroyed T1 legend Lee “Faker” Sang-hyeok in the mid-lane, finishing with a KDA of 7/0/7.

The loser of this game will have to rely on EDward Gaming to bomb out, which would give whoever loses this game a chance of making it out of Group A. We will be taking the unders in the total kills market, which sits at 25.5 for this series.

EDward Gaming will play their first game on day five against Cloud9, who they destroyed on day two of the group stage, winning the game in 28 minutes. Just like Fnatic and T1, EDG have to win this game against Cloud9 to ensure their games against the other two teams decide who will get eliminated. EDG shouldn’t have much trouble getting past Cloud9 here and the LoL betting sites tend to agree, marking EDG very short at -625.

EDward Gaming should and must win this game over Cloud9, so we will back the favourites at the kills handicap.

By the time Fnatic play their final game of the group stage, they could already be out of contention; however, they could still be in a position to advance from Group A with a win over EDward Gaming. EDG, on the other hand, might already have punched their ticket into the knockout stage. No matter the situation, it will be a great game with Fnatic wanting to get revenge for their earlier loss to the reigning world champions, where EDG’s bottom lane dominated the game.

EDG may win this game and it wouldn’t really surprise anyone, but we are going to take Fnatic at the kills handicap of +8.5, as we think they will keep it close whether they win or lose.

In Cloud9’s last game of the group stage, they could play the spoiler if they were to take down T1. However, the three-time world champions destroyed Cloud9 in 25 minutes on day three, with a huge kill score of 18-3 in their favour. If T1 lose to Fnatic before this game, expect to see a bloodbath here; but should T1 beat Fnatic, we could see a tight one if T1 are a bit off their game.

T1 are very short favourites at -714.29 with BetOnline and they deserve to be favourites here, but we cannot suggest backing them at the short quote. Therefore, we will be betting on the overs in the total kills market.

The last game on day five could be the best game of the day with the reigning champions, EDward Gaming, taking on the most successful team in LoL World Championship history, T1. This game could potentially be for top spot in Group A, with EDG looking for revenge after they were smashed by T1 on day one of the group stage. EDG didn’t show up in their last meeting, but no one expects that to happen again with what could be up for grabs for the winner of this match.

Considering these two amassed 24 kills in only 22 minutes of game time in their last meeting, there should be a lot more in this meeting with more time. This game should be going for at least 30 minutes, and we believe the current line for the total kills at 25.5 is way too low, so we will taking the overs.