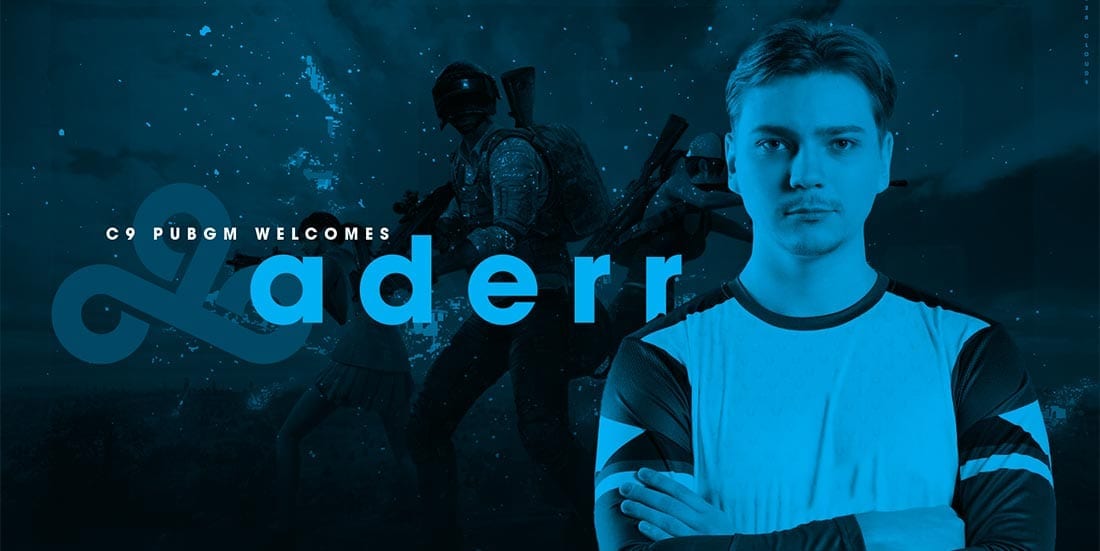 By strengthening their PUBGM roster with one of the biggest talents in the region, Cloud9 will look to build on their success following a fourth-place finish at the PUBG Mobile Pro League – Spring Split 2020: Americas and look to go all the way at the upcoming PUBG Mobile World League (PMWL) West.

The Russian pro was first seen in the competitive PUBGM scene at the start of June 2019, when he helped Team Unique win the PUBG Mobile Club Open – Spring Split: Europe. Throughout his nine-month stint with Russian esports organisation, aderr attained numerous impressive achievements, including a runner-up, finish at the OPPO R.T.K. Series 2019, as well as a gold medal from PUBG Mobile Club Open – Fall Split: Europe.

His greatest career accomplishment, however, came in December 2019, when aderr helped Team Unique edge out the likes of RRQ Athena, Team Questo, EGC KR Black, RED Canids and Cloud9 at the PUBG Mobile Star Challenge World Cup 2019, to pocket the title and US $100,000 in tournament winnings.

In March 2020, aderr finished sixth at the PUBG Mobile Club Open – Spring Split 2020: CIS with Unique, before moving to Cloud9, where he continued to build his renown as one of the brightest talents in the scene.

You've seen him in action with #C9PUBGM and now it's official.

Please join us in welcoming @aderrtheman to the Cloud9 family as our 4th player!
? Read more: https://t.co/xWeAgMXJ5V pic.twitter.com/kW7aUMG7K1

“Cloud9 is excited to announce the newest addition to our PUBG Mobile team, Sergey “aderr” Pomerantsev! “aderr” most recently spent a year with Team Unique and he has already made an impact here, helping Cloud9 finish in 4th-place out of 20 teams at the PUBG Mobile Pro League – Spring Split 2020: Americas,” read the announcement.

Aderr will team up with Jack “Beowulf” Schultz, Tybalt “UnEeVeN” Mallet and Benjamin “Pyrrha” LeafMeeker on the starting roster, while Cloud9 unveiled Terron “Perkisas” Nguyen will be moved to the substitute position.

Cloud9’s PUBGM roster will be next seen competing at the PUBGM PMWL West, which is the first world league event of 2020, organised by Tencent Games. The PUBG PMWL is divided into two separate divisions (Easter and Western), both of which will kick off on Friday, July 10, with 20 PUBGM teams in attendance and US $425,000 in the pot.

Aderr and his team have earned their spot at the inaugural PUBGM PMWL as the fourth seed from the PUBG Mobile Pro League – Spring Split 2020: Americas and have been seeded into Group A alongside Futbolist, SWAT69 and Tempo Storm.